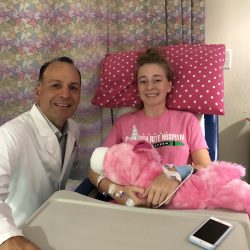 Sophia’s Scoliosis Story Hi everyone!! My name is Sophia (@sophiasscoliosis on instagram), and this is my scoliosis story!! When I was 15, I battled back pain and stiffness for months before finally making an appointment with a spine specialist at Texas Scottish Rite Hospital for Children. On October 12th, 2018, I was diagnosed with severe Read more about Sophia’s Scoliosis Story[…] 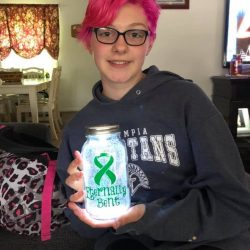 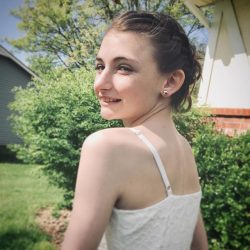 Izzy’s Surgery Story Hi, my name is Izzy and I am 13 years old.  I was diagnosed with scoliosis when I was 5 years old and immediately fitted for a brace. I wore a providence brace for 1.5 years and it was holding my 20 degree thoracic curve. Later I was switched to a Boston Read more about Izzy’s Surgery Story[…] 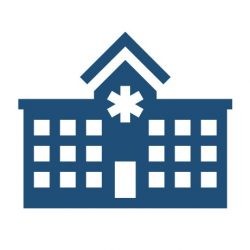 The decision to move forward or not move forward with surgery is not one that should be taken lightly. Some cases are straight forward, while others, like Anastasia’s, are a little more complicated. Anastasia’s mom, Stacey, shares the dilemma they faced when their doctor did not recommend surgery for Anastasia’s 50° curve. While reliving this Read more about Surgery Is Not Always Recommended – Family Facing a Surgery Dilemma[…]

Surgery Is Not Always Recommended

The decision to move forward or not move forward with surgery is not one that should be taken lightly. Some cases are straight forward, while others, like Anastasia's, are a little more complicated. Anastasia's mom, Stacey, shares the dilemma they faced when their doctor did not recommend surgery for Anastasia's 50° curve. While reliving this emotional time is difficult for both Stacey and Anastasia, this is a topic that needs to be talked about. As a parent, at what point do you make the unpopular decision and do what you feel is best for your child? Read Anastasia and Stacey's story below to find out how they navigated through these muddy waters.

"Nearing the end of my daughters bracing journey, her biggest curve was around 50°. Her curve wasn’t just from side to side, but her spine also had a twist to it. The curve went high up into her neck to the base of her spine. She hated how “curvy” she was and the daily reminder of Scoliosis that was brought on by pain.

We knew common treatment for curves around 50° is surgery. So, Anastasia was mentally prepared for surgery. Scared yes, but oh so excited knowing she was going to have a straighter spine! She couldn’t wait. She had seen many of the girls from her Toronto Chapter Curvy Girls support group going through surgery. Some had mixed emotions about it but all in all, they were relieved to have gone through surgery. They felt like they had a better lung capacity, had better overall organ function, less pain and even grew a bit. Oh, and don’t forget they now had perfect posture! She would tell me how she couldn’t wait for her turn. 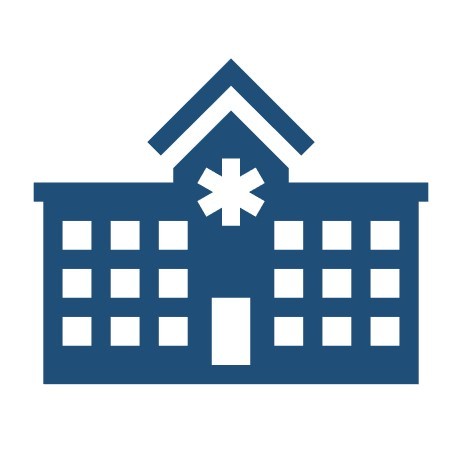 When she would talk about surgery, my stomach ached. She has a low pain tolerance so I was concerned for her knowing the pain she would have during the recovery. However, I too was mentally preparing myself for the day of surgery and the recovery.

On her next Scoliosis medical check up, we decided as a family to talk with the doctor about surgery. He came back with a response we were not expecting! He said he strongly discouraged her from having surgery. Our mouths dropped with disbelief. Isn’t this what everyone who has a curve so big is expecting next? Why would he not recommend surgery? He broke the news. Her curve goes high into her neck and all the way to the base of her spine. Her entire spine would be fused. Okay, so that hasn’t stopped many others from having surgery, we thought. Then he said, she complains of pain now, with the surgery he can guarantee she will have chronic pain and can assure a lifetime of pain killers. WHAT?!

He reminded us her entire spine would be fused except for about 1.5 inches at the base. They can only fuse the spine within the back so her neck, where the top of the rod would be, would not be adjusted. Her neck would always be in pain and there was nothing that could be done to correct it.  It would be even more painful than it is now. He tried to be as gentle as possible while being honest and transparent with us.

He said, there are other treatments and exercises she can do now to ease the pain but there is no going back after surgery. However, if we decided to move forward with it, he is willing to do the surgery. The final decision is now up to us to determine what is best! Our hearts dropped. This conversation completely took the floor out from under us. Anastasia was devastated! The doctor could see we were shocked, and she was devastated. He said he was there for us with any questions and left us to come to terms with the news.

What a weight and a pressure to have on our shoulders. No matter what the doctor said, and regardless of any other outcome, Anastasia was determined to have the surgery. She begged and pleaded longing for some hope of having a straighter “more normal” back. Life after surgery looked so sweet to her. To save her from a lifetime of pain, I had to say no and take that hope away. When I refused for her to get the surgery her heart was clearly crushed. I didn’t need much time to think about it which was even more upsetting for her. To her, it seemed like I didn’t even care enough to consider what she wanted.

I tried to remind her she had to think of the long-term implications, but she refused and simply did not want to understand. We went back and forth having heated conversations, sometimes filled with tears (from both of us), for months. Finally, she realized this was something I could not and would not support. I understood the long-term implications especially with her having a low pain tolerance in general. We had already experienced issues dealing with her pain as it was, and I feared the worse scenario. It was a touchy topic for well over a year.

Now, about 4 years later, I am relieved to say, she understands why I refused to support her having the surgery. She still has minimal muscles formed in the right side of her torso, daily nausea, limited lung capacity and daily pain. However, the pain is not what the doctor described she would have if she had the surgery. When in pain now she gets a massage, goes to the chiropractor, uses topical ointment and does yoga or other movements to relieve her pain, rarely ever taking a pain pill.

She still has days where she wonders what life would have been like if the doctor never cautioned against the surgery. She’s still insecure about the shape and appearance of her back and struggles to accept herself and her curves wishing she were straighter. However, the reality is now, she admits she’s relieved she never had the surgery.

There are other treatment options out there including strength training and specialized exercises like the Schroth Method which is not a quick fix but a proven way to help those with Scoliosis. But that’s another conversation!"