Hi everyone!! My name is Sophia (@sophiasscoliosis on instagram), and this is my scoliosis story!!

When I was 15, I battled back pain and stiffness for months before finally making an appointment with a spine specialist at Texas Scottish Rite Hospital for Children. On October 12th, 2018, I was diagnosed with severe scoliosis in the thoracolumbar region. I had one curve which was at 45°.

A few months later we went to get new x-rays and see where my spine was. I now had two curves and they were at 25° and 48°. We decided that surgery was the best option for me. 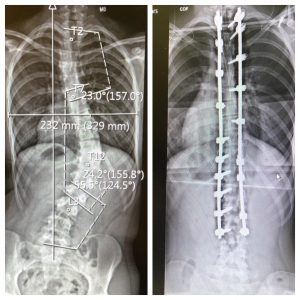 5 months later on August 13th, 2019, I underwent spinal fusion. My surgery took nearly four hours, and my surgeon fused T2-L3. Right before surgery, I had three curves which were 23°, 24°, and 55°. My surgery went really well with no complications. I stayed in the hospital for three days before getting to finally go home.

Two weeks later, I got an infection in my incision that required antibiotics. Those antibiotics triggered a whole lot of health issues that I now deal with on a daily basis. Those include fibromyalgia, chronic fatigue, dysautonomia, and chronic migraine! Through scoliosis, spinal fusion, and chronic illness, I have learned how strong I really am and that God has a BIG plan for me!!! 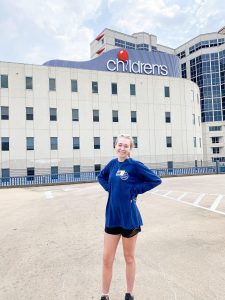 One thought on “Sophia’s Scoliosis Story”